The ~200 m2 ZIP exhibition was organized in the “TIPI” of UPMC, in Paris, during the Fête de la Science 2017. This was the opportunity to reach out to the general public and showcase ZIP work across 3 full days for the public (Friday 13 through to Sunday 15, October 2017). The exhibition remained on display for undergraduate students, schools and UPMC scientists or from other Paris institutions the following week (October 16-20).
ZIP exhibition provided general outreach on subduction zones to the widest possible audience and helped disseminate some of the fellows’ findings through a pedagogical progression (1: Introduction, 2: Friction, 3: Earthquakes, 4: Signals and 5: Rocks and models). 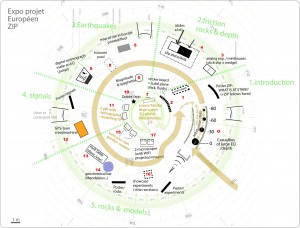 As the building was an empty shell to start with (and this was the first ever exhibition in it!) this was challenging and really heavy work… but proved to be also an outstanding experience for the recruited undergraduate students who guided the visitors
Some of the fellows participated to guiding the public and part of the material shown was provided or inspired by some of them. It also promoted other FP7 projects (Shake map from the SHARE project). 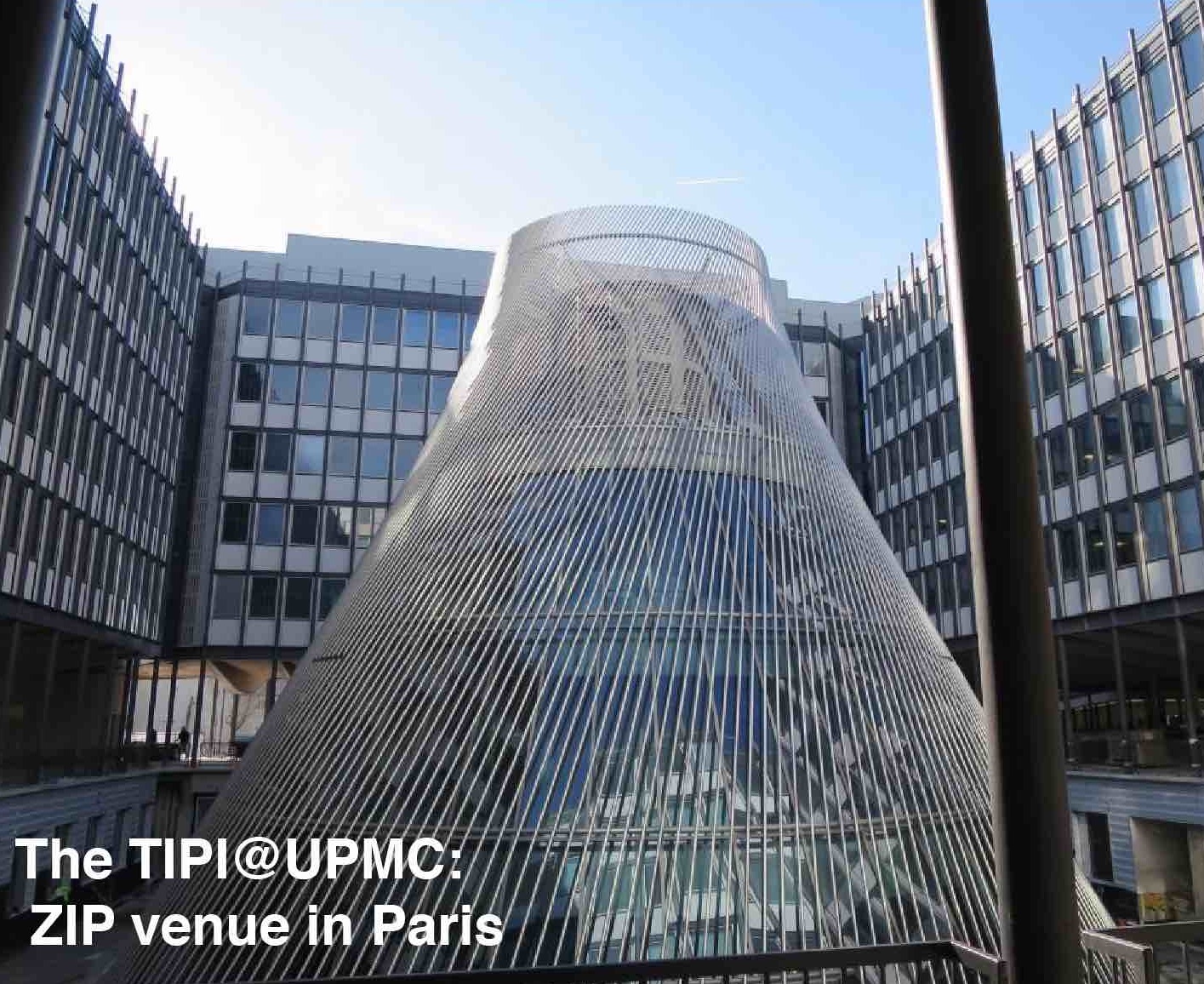 ZIP exhibition still has a future: being online it provides a toolkit for future outreach initiatives, in Europe or elsewhere, dealing with subduction zones.
This first version (in French!) will be complemented by internal links to videos (i.e., on the 3 screens) and complementary explanations. Similarly, all boards accompanying the general progression from items 1 to 17 are being translated.

ZIP exhibition is still (virtually) on display @ https://www.visite-virtuelle360.fr/visite-virtuelle/171110-UPMC/: step down the plate interface to the right as you walk in the TIPI!